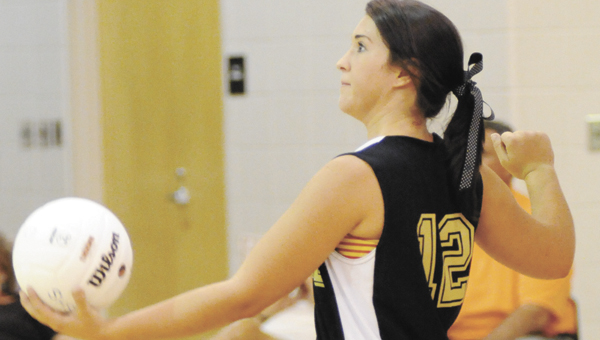 SHS volleyball coach Marc Tracy said the girls picked it up after going through a few first game jitters.

“We started off kind of slow in the first game,” Tracy said. “We might have been a little bit nervous.

“It was good to get the first win out of the way,” he said. “I thought we played very well, especially with it being our first game.”

RLS volleyball coach Sabrina Tolbert said she learned a lot because it was her first match that she’s ever coached.

“The girls played hard,” Tolbert said. “We know the areas we need to work on for the next game.”

Straughn will host Enterprise next Mon., Aug. 29, and will travel to Ashford on Tuesday to play in an area tri-match with the Lady Yellow Jackets and the Headland Lady Rams.