RLS to play in ‘big game’ 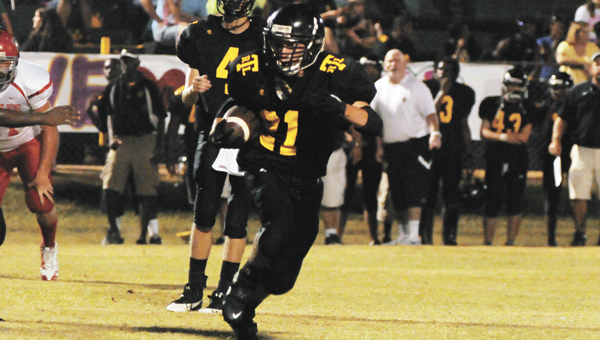 During three-quarters of the game last week, Ingram said the team didn’t really like its performance.

“We played one-quarter of a game during which we thought we performed well,” he said. “Calhoun had a lot to do with that (the other three-quarters).

“Overall, we were disappointed with our effort,” he said.

When asked if the win had improved practice this week, Ingram said he thinks the players are more focused.

“I think they realize sometimes you win in spite of yourself,” he said. “Any win is a good win. I think they see watching the film the mistakes we made and that we need to work to correct those mistakes.”

McKenzie will bring with it a lot of speed and athleticism, Ingram said.

“They run a lot of five-wide and four-wide most of all of the time,” he said. “People make a mistakes and think they’re down because they lost to Pleasant Home. I didn’t think they lined up to Pleasant Home’s size.

“I don’t base anything on that,” he said. “We need to keep everybody in front. Even if you get back so far, he’ll (MHS quarterback Sir Wallace Presley) throw it that far.”

Senior quarterback Troy Nolen, who has a fractured arm and is wearing a cast, has clearance from the doctor to play, but Ingram said he is day-to-day.

Additionally, Cody Marler has a lumbar sprain, and will not play this week.