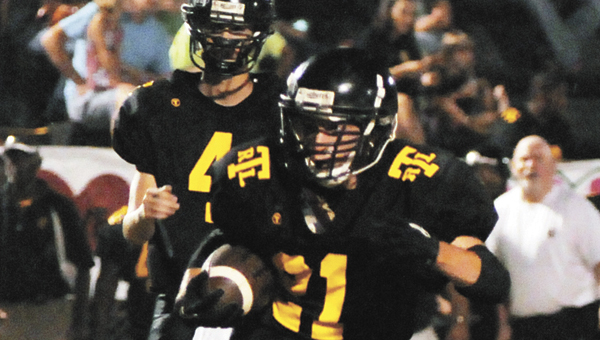 Red Level head football coach Tony Ingram wasn’t holding back when he said that tonight’s game at Highland Home is a “big one” for the Tigers.

The Tigers have only won one game this season, and mathematically, aren’t out of the playoffs, yet, Ingram said.

Ingram said the team has been fighting battles off the field as well.

“We’ve been battling the virus,” he said. “I know we’ve had five, maybe six kids with it.”

The good news for the Tigers this week is the all-around player Raheem Bullock will be back in action, Ingram said.

However, Red Level suffered a big blow in its offense when senior Troy Nolen broke his left arm during last week’s loss to Samson.

Ingram said Nolen will be out for the rest of the year.

In Nolen’s spot will be Caleb Varner at quarterback, and the Tigers will utilize Bullock in some Wildcat offense, Ingram said.

“Highland Home is very athletic,” he said. “They have a lot of speed on the perimeter. We’ve got to keep them from going on the outside.”

The Tigers are 1-3 in Class 2A, Region 2, and will need to win these next three region games — including tonight’s game — to have a chance at a spot in the playoffs.

After this week, the Tigers play at home against Zion Chapel and Elba.

“What defines you is how you handle them,” he said. “I believe the ones we’ve got left don’t stand by it.”

Kick off in Highland Home is at 7 p.m.