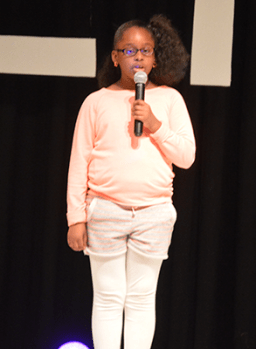 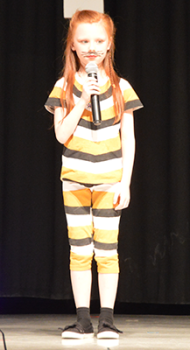 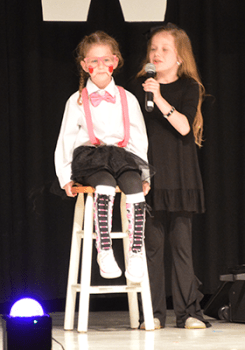 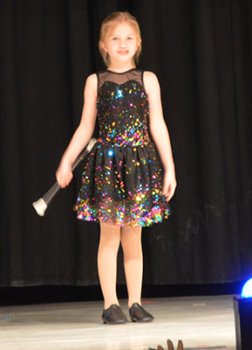 On Thursday, several AES Pre-K through third graders displayed their talents for the school to see at the AES Has Talent show.

The show started off with a group of first graders – Beau Bennett, Nicholas Brunson, Chappell Clanton, Jackson Grimes, Wilson Stroud, Row Thorn and Houston Weant, all pretending to be a part of a synchronized swim team.

The next act was Ke’Maurion Porter with a stepping routine. Following Porter, Macy Tucker danced along to “I Gotta Dance”.

Ory Ennis came out with a lively karate routine. Next up was Annistyn Page who tumbled to “Girl on Fire.”

Layla and John David Gunter performed a duet of “True Colors.” After that, Alex Carroll and Zoey Jones danced to “Girl in the Mirror.”

After cutting the lights and revealing a glow-in-the dark puppet box, Hunter Stinson did a puppet show to “God’s Not Dead.”

Hannah Fleming and Banks Merrell dance along to “Better When I’m Dancing.”

Julianne Wilson twirled to “Kid in a Candy Store.”

Austyn Bennett and Finley Hilson delivered a laugh-inducing skit performed as a ventriloquist act with Hilson as the puppet.

Amerra McMullen, complete with a tiger costume, took the stage and performed “Roar” by Katy Perry.

Emma Beth Ennis, Sylvie King and Bella Ralls took a popular song from The Greatest Showman, “Rewrite the Stars” and danced to it.

Mrs. Morgan and Mrs. Rose’s Kindergarten classes performed “The Snowman Dance” which involved being dressed up as little snowmen. Hamp Clanton wrapped the show up with his version of “Everyday Fun.” 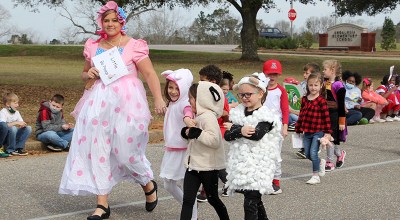 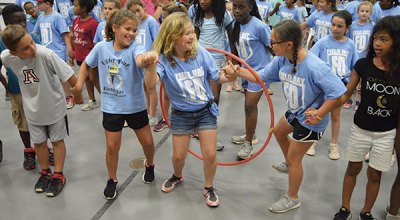