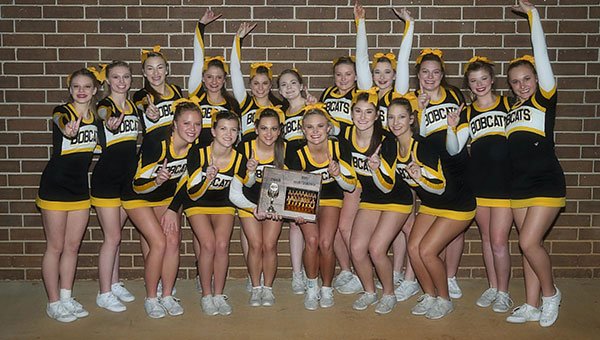 “All the way up to the 7A bracket, they had the highest scores.”

Harrison said that the girls in the team have been practicing in the summer, sometimes from 2:30 to 5 pm.

Harrison also made sure to mention the girls’ team mentality.

“They just work together well as a group.”

Harrison also said the girls have a real winning mentality and that their hard work has paid off.

The team is now practicing just as hard for nationals as they did the state competition.

“We’re currently preparing for nationals, which are held in Orlando. The competition will be on February 7,” Harrison said.

Woman finds mouse in can of green beans

Cooking has never been one of Kristy White’s favorite activities, but she likes it even less this week, after she... read more