She stared at the envelope and the familiar handwriting, then dissolved into tears.

Her son had died on his way to college—far from his hometown in the South. A tragic accident. They’d just buried him, and now she realized that he’d stopped to send a letter.

The whole family gathered—grandparents, aunts, uncles, cousins. The boy’s dad opened the letter, and they wept, laughed, and hugged one another, remembering him as they listened.

There are things in this life that have great power over us. No one in that room had anywhere else to be, anything else to do.

The disciples must have felt the same. Remember how Saul bitterly persecuted Christians.

“Saul was ravaging the church, and entering house after house, he dragged off men and women and committed them to prison.” Acts 8:3

But Saul isn’t satisfied with mistreating Christians in Jerusalem, he’s determined to do the same in Damascus.

“Saul, still breathing threats and murder against the disciples of the Lord went to the high priest and asked him for letters to the synagogue in Damascus, so that if he found any belonging to the Way, men or women, he might bring them bound to Jerusalem.” Acts 9:1-2

This is when Saul has his reckoning, meeting Jesus on the Damascus Road. Scripture says Saul then immediately proclaims Jesus throughout the synagogues of Damascus.

But the Damascus Jews aren’t having it. They plot to kill Saul, watching the gates day and night. Saul’s disciples help him escape, lowering him in a basket through an opening in the wall. Acts 9:3-25

Saul goes south to Jerusalem, but no one believes he’s converted. They’re afraid of him. Finally, Barnabas takes Saul to the apostles, telling how Saul boldly preached in Damascus.

Scripture tells us nothing about Saul’s meeting with the apostles. But can’t you see it? Peter, John, and the rest, leaning forward, wanting to hear every detail of what Jesus had said to Saul, how the Lord had looked and sounded. Like the family of the boy, you know their hearts ached with joy and sorrow, missing Jesus as He’d walked with them.

There are things that have great power over us.

When Peter gives his first sermon, where does he begin? Do you remember?

“In the last days…I will pour out my spirit on all flesh, and your sons and your daughters shall prophesy.” Joel 2:28

Not the prophet Joel’s words. A prophet in Hebrew was called a NAVI. Not a fortune-teller, but one who spoke the very words of God.

“In the last days…I will pour out my spirit on all flesh, and your sons and your daughters shall prophesy.”

And shall anyone tell these daughters they cannot speak for God?

Even though I’m a life-long Baptist, I knew nothing about discrimination toward women in the Baptist church. My church had a deacon board and a deaconess board.

I was called to seminary, leaving law school mid-semester. I remember a huge winter storm that year with another expected, so I left early before my letter of acceptance arrived. Turns out, the seminary had rejected me.

Getting into law school is much harder than getting into seminary; I knew it wasn’t my grades. I told the dean I was staying and would attend classes whether they admitted me or not.

The school relented, I graduated, and then proceeded toward ordination. That’s a lengthy process. First you’re examined by a committee. If they recommend you, then the association votes.

I passed the committee. Every eligible minister and deacon across the whole association of churches came to vote against me—a sea of men. After I spoke, they deliberated in closed session.

The minister leading the association, a highly-respected man, stood and addressed them. “I am against women in the ministry,” he said. “I encouraged all of you to come and vote against her.”

The votes were cast, and half voted with him. I was confirmed for ordination by one vote.

There are things that have great power over us—a family’s love for a son, the apostle’s love for Christ, God’s prophetic words to Peter, and the Spirit’s unexpected movement in an old Baptist minister.

Copyright © 2020 R.A. Mathews. All rights reserved. Contact the Rev. Mathews at Letters@RAMathews.com. She’ll answer you. And read more of her works at 247Christian247.com. 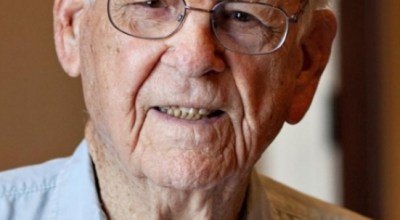